The former “Eftimie Murgu” University has become The University Centre of Babes-Bolyai University Cluj-Napoca, in Reşiţa.

Below, you can find a short history of the higher education in Reşiţa, which has celebrated 50 of existence in 2021. 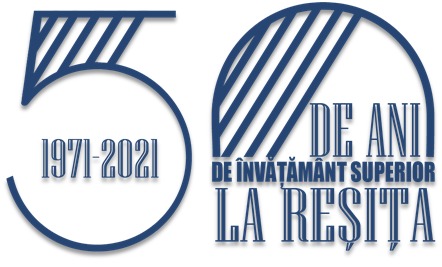 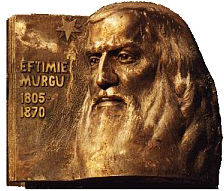 Bas-relief by Petru Comisarschi,
a painter and sculptor in Reşiţa

Eftimie Murgu (who was born on December, 28 1805, Rudăria, Caraş-Severin County – and died on April, 30 1870, in Budapest) was a Romanian lawyer and Philosophy teacher, a politician, deputy in the Hungarian revolutionary Parliament during the 1848 Revolution (The Parliament of Debretin), then a lawyer in Budapest.

The town of Reşiţa – situated in the south-western part of Romania, along the Barzava River, near the Semenic Mountains – is one of the oldest and most famous metallurgical and machine building centers, its industrial beginning dating  from two centuries ago, more exactly on 4 July 1771.

Naturally, according to these traditions and answering a long-felt need, we developed here – starting with 1971, just in the year of the bi-centenary of Reşiţa’s factories – the technical higher education, the first step being done by the setting of the Engineering Institute, which was initially subordinated to the Polytechnic Institute “Traian Vuia” of Timisoara, a very prestigious educational institute of European fame.

After an evolving process, in 1990, The Faculty of Engineering was founded, belonging to the Polytechnic Institute “Traian Vuia” of Timisoara which included: Machine-Building Technology, Welding Equipment and Technology, Electromechanics, Plastic Deformations and Heat Treatments and Metal Casting. An exceptional moment in the evolution of Reşiţa’s higher education was the year 1992 when the “Eftimie Murgu” University was founded, autonomous from the Timisoara Polytechnical School, with two faculties: Faculty of Engineering (FI) and Faculty of Law and Economics (FDSE) which in 1995 became the Faculty of Economics and Administrative Sciences (FSEA).

After more than four decades since the establishment of the higher education in Reşiţa, „Eftimie Murgu“ University represented the image of a complex reality and a distinct individuality both on the national  and on the international academic level. It has continually improved  and updated its teaching process, endevouring to remain among the most prestigious institutions of economic and technical higher education.

Starting with the academic year 2020-2021, “Eftimie Murgu“ University has become the University Centre of Reșița within the famous Babeș-Bolyai University of Cluj-Napoca, in short CU UBB R.

In 2021, we celebrated 50 years of higher education in Reşiţa.